Have I lost my mind?

Have I gone mad?

Or am I finally coming out of the shell I’ve been hiding under since I was raped three years ago?

For me, a bit of promiscuous behaviour can be a sign that I’m not very well; I don’t sleep around or anything but I flirt and I find myself in uncomfortable situations as it’s usually inappropriate people and then I have to try and get myself out of an awkward situation when I am “well” again.

The last few weeks its kinda been like this. But, I’m not sure if it’s a sign that I am unwell or a sign that I’m ready, or atleast almost ready, to move on. To not just move on from the assault but to move on from a relationship that is never going to go anywhere and in fact will always just hold me back.

I met a guy, someone I already know and have known for years but not someone I have never really thought of romantically. He asked to meet me so many times but I was too anxious and kept making excuses until I just thought I had to go with it. The first time we met up we hadn’t seen each over in about a year so it was like catching up with an old friend. We laughed. We drank. And we just hung out. It was nice.

A couple of days later, he asked to see me again. We went to a heath near where we both live and I can honestly say I had one of the best times I’ve had in so long. I’ve never laughed so much. We had fun. It chucked it down with rain but neither of us cared because we were just having a laugh. I have never been so drenched in all my life! It was nice to be with someone who didn’t have to rush of to be with someone else. To just feel carefree and be myself. Three hours or so later we got in our cars and he text me as he was about to drive away to say that he wished he had kissed me and if I felt the same, to get out of my car. I froze. I panicked. We were in the dark, parked in a car park in the middle of a woods with no one around and fear set up. My mind went back to being attacked. Being vulnerable. Being violated.

Here’s this guy I am with, the nicest man who had made me laugh more than I have in a long time, someone I know I can trust because I’ve known him for over 8 years and yet my thoughts couldn’t see past the fear and I drove away. I don’t even know now if I wanted to kiss him because my stupid brain didn’t even give me a chance to process anything rationally and just went from 1 to catastrophe in a split of a second.

How do I explain that to him?

It’s not been the same since. It’s been awkward and I don’t know what to do. Do I try and explain? do I just let him run a mile?

I have thought for the last week or so of every reason why I should just run and forget any of it ever happened but, even if this situation doesn’t develop in to something more, if I don’t move past this with someone I know how will I ever be able to meet someone new. I don’t want to be single forever.

How do I get past this phase?

How do I meet someone without instantly having my guard up? 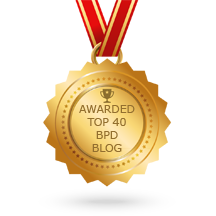